Building on the achievements of Falcon 9 and Falcon Heavy, SpaceX is working on a next generation of fully reusable launch vehicles that will be the most powerful ever built, capable of carrying humans to Mars and other destinations in the solar system. 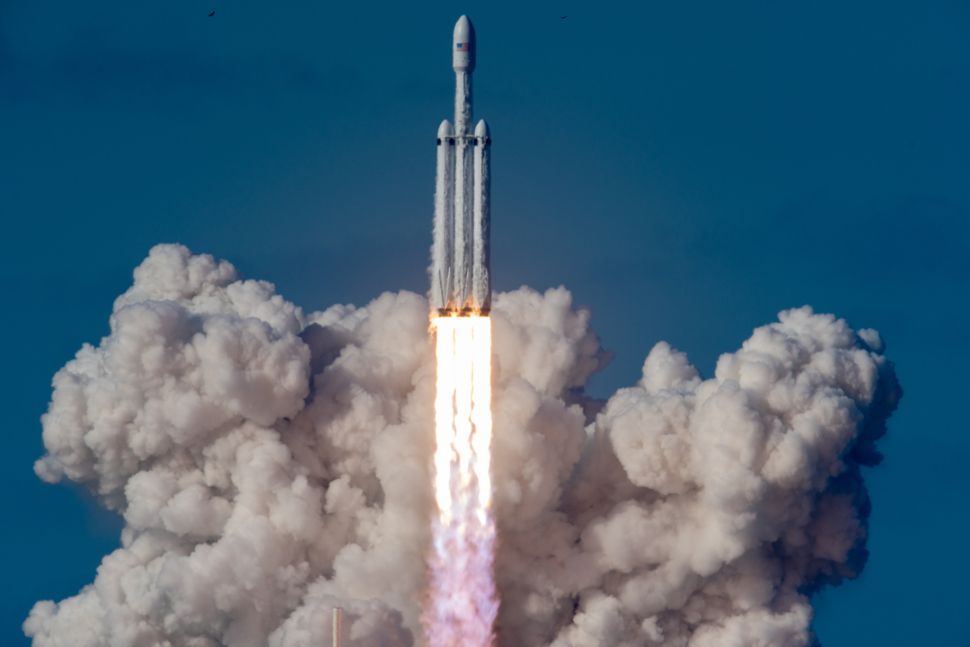 So What Happens Next?

SpaceX's Falcon Heavy rocket — the same booster type that once sent the "Starman" mannequin to space in a Tesla Roadster — will send the Volatiles Investigating Polar Exploration Rover (VIPER) to the moon, on private company Astrobotic's lunar landing system.

Astrobotic's contract with NASA required the Pennsylvania-based company to independently select a launch contractor, and it chose SpaceX through a competitive procurement.

As with previous Falcon Heavy missions, SpaceX will launch VIPER from Launch Complex 39A at NASA's Kennedy Space Center near Orlando, Florida — a longtime launching location of moon missions, including the Apollo missions between 1969 and 1972.

VIPER is a key element of NASA's long-term plans to plant humans on the moon later in the decade — as soon as 2024 if the Donald Trump-era deadline remains under the new Joe Biden presidential administration. The NASA Artemis program will see crews of humans working alongside robotics to explore the moon and its resources, using NASA's Commercial Lunar Payload Services (CLPS) program.

Key among the Artemis program's goals is to learn how to live off the moon sustainably, potentially using resources such as lunar water ice at the moon's south pole to help astronauts and machinery function adequately for longer missions on the lunar surface. Humans last visited the moon during the Apollo missions, only staying for a few days at a time and bringing everything they needed from Earth.

Now that the test mission has ended—and has largely been hailed as a success—NASA and SpaceX are busily planning for the next mission: Crew-1.

"What we just saw is the beginning of what will be a whole lot more activity in the future," NASA Administrator Jim Bridenstine said during a post-splashdown briefing on August 3.

The Crew-1 mission will mark the first operational Commercial Crew mission. The $2.6 billion contract SpaceX signed with NASA in 2014 stipulates that the company will fly a total of six missions to the International Space Station (ISS). Crew-1 will be the first in this series of flights.

The Commercial Crew program was developed to end NASA's reliance on expensive seats aboard Russia's Soyuz capsule, which cost as much as $90 million a head. A ride on SpaceX's Crew Dragon—and Boeing's Starliner CST-100 spacecraft—is estimated to be at least $30 million cheaper. 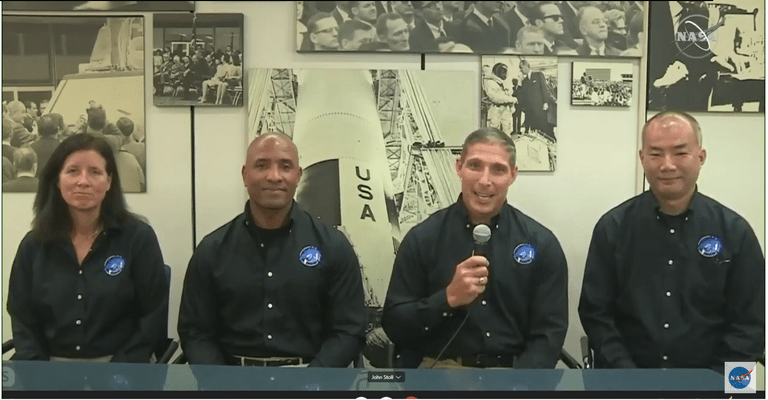 The Crew-1 astronauts have been training at SpaceX's Hawthorne, California facility, familiarizing themselves with their suits, their capsule, and those futuristic control panels. The Crew-1 capsule, which has been undergoing a series of tests at Hawthorne, will ship out to Florida either this week or sometime next week.

Late last month, NASA announced who will fly on the Crew-2 mission, which will launch next spring. This time, NASA astronauts Shane Kimbrough and Megan McArthur—who also happens to be Behnken's wife—will be joined by JAXA astronaut Akihito Hoshide and European Space Agency (ESA) astronaut Thomas Pesquet.
Unless SpaceX discovers an issue with the vehicle, this crew will fly to the ISS aboard the same Crew Dragon capsule that ferried Behken and Hurley to the space station. The Crew-2 astronauts will serve a six-month mission aboard the ISS, according to NASA.

NASA astronauts Doug Hurley and Bob Behnken described in detail what it felt like and sounded like when SpaceX’s spacecraft came roaring back down to Earth for a successful splash down in the Gulf of Mexico over the weekend.

The astronauts said they were surprised by how similar the experience was to what SpaceX had prepared them for.

The astronauts answered questions from NASA’s Johnson Space Center on Tuesday for the first time since they landed back on their home planet.

Hurley and Behnken launched on the SpaceX Dragon capsule, nicknamed Endeavour, from Kennedy Space Center on May 30, arriving on the International Space Station the next day. The launch marked the first human spaceflight from Florida’s coast in nearly nine years.

After more than two months in space, the duo journeyed back to Earth in Dragon Endeavour in about 19 hours, sleeping overnight in the spacecraft before the splashdown.

The Falcon 9 carried a Crew Dragon capsule, which was scheduled to rendezvous with the International Space Station on Sunday morning.

Aboard are two veterans of the astronauts corps, Robert L. Behnken and Douglas O. Hurley. Each is married to another astronaut — Mr. Behnken to Megan McArthur and Mr. Hurley to Karen Nyberg. NASA selected the two men along with a group of their colleagues to be the first customers of space capsules built by private companies.