After several years of hard work, a group of Puerto Rico students aim to see the launch of the first Puerto Rican-made satellite into space.

The group from the School of Engineering of the Inter American University of Puerto Rico, Bayamón campus, have provided their CubeSat NanoRocks-2 project, known as PR-CuNaR2, to NASA to fly on a SpaceX Falcon 9 rocket when it looks to launch from Kennedy Space Center early Saturday morning.

This satellite is part of a scientific investigation by the university that began in 2013 with the design and construction prototype. 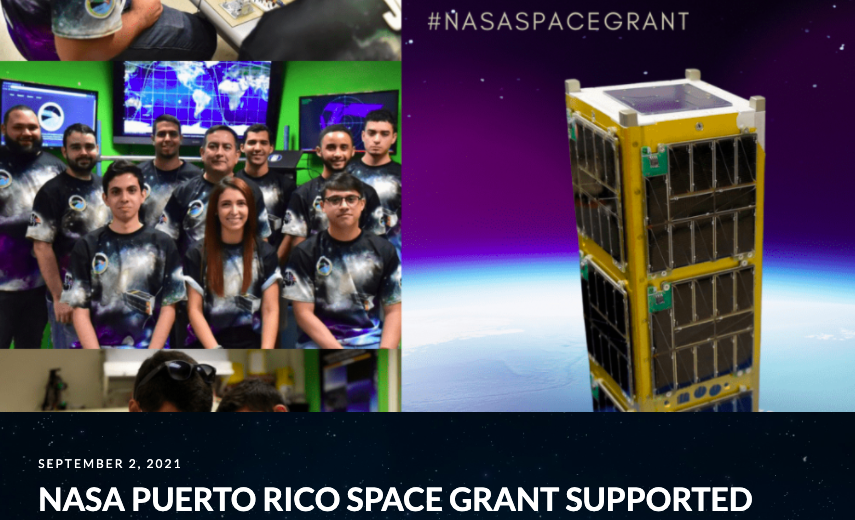 Blue Origin will fly female aviator Wally Funk, one of the Mercury 13, on 1st crewed launch

Wally Funk was one of 13 female aviators who lobbied for women to become astronauts in the early days of spaceflight.

Aviator Wally Funk wanted to be an astronaut in the earliest days of spaceflight. Sixty years later, on July 20, she'll finally go to space with Blue Origin.

Funk was one of 13 female aviators later dubbed the Mercury 13 who, in 1961, passed all the exams necessary for admission to NASA's astronaut corps and lobbied the federal government to send women into space. NASA and Congress demurred and women were excluded from becoming U.S. astronauts for more than a decade; Sally Ride became the first American woman to fly in space in 1983.

But, if all goes according to plan, in just three weeks, Funk will spend four minutes beyond the bounds of gravity. "I'll love every second of it," Funk said of her flight in a video released by Blue Origin. "I can hardly wait."

Funk was already a highly qualified aviator in 1961, and she's never lost her love of flying. "I've been flying forever and I have 19,600 flying hours," Funk said in the video, also citing her experience teaching more than 3,000 people to fly. "Everything that the FAA [the Federal Aviation Administration] has, I've got the license for."

In the video, she also remembers the disappointment she felt when NASA stood by its initial impulse to exclude women from the astronaut corps, despite the qualifying marks of the 13 women of the First Lady Astronaut Trainees (FLATs), and Funk's particularly outstanding results.

"They told me that I had done better and completed the work faster than any of the guys," Funk said. "I didn't think that I would ever get to go up."

Even after six decades, Funk won't quite reach orbit, although the 82-year-old will become the oldest person to visit space. Blue Origin's New Shepard vehicle is a suborbital capsule designed to make brief, 11-minute flights that pass the boundary of space and during which passengers experience about four minutes of weightlessness.

(The capsule is named, of course, for the conveniently-male NASA astronaut Alan Shepard who became the first American in space in May 1961, although he didn't reach orbit until 1971, when he also walked on the moon as part of the Apollo 14 mission.)

Funk is flying at the invitation of Blue Origin founder Jeff Bezos, who will also be a passenger on the flight, along with his brother Mark and the as-yet-unnamed buyer of a $28 million seat auctioned off in June.

"No one has waited longer," Bezos wrote in an Instagram post on Thursday (July 1) announcing the addition to his crew. "It's time. Welcome to the crew, Wally. We’re excited to have you fly with us on July 20th as our honored guest."